We can help learning continue for all affected by Coronavirus school closures.
Get school access  Get student access
x
February 13, 2017

As language learners, once you’ve learned the basics and have built up a decent vocabulary, it can be difficult to know where to go next to learn even more words, perfect your pronunciation and ultimately sound more authentic.

For many people who have started to learn Spanish and built up confidence, the obvious answer to this is to go ahead to the country and totally immerse yourself in the culture, language and lifestyle. This isn’t often the easiest thing to do, so you may need to be creative with finding other avenues to explore. We think that learning Spanish by listening to music is a great way to get more Spanish into your everyday life and can also help you understand more about the culture of Spain!

Language immersion – what is it?

The idea of learning a language through immersion has been a hot topic in recent years, and has been backed up and supported by numerous linguists. In an ideal world we could all jet off to sunny Spain for three months to learn by osmosis and return with an accent and conversation skills to rival a native speaker.

The immersion method is tried and tested. When you have no escape you have no choice but to communicate in Spanish whether you feel confident or not. Immersion is an intensive way to learn a language and means that you rapidly build conversation skills, authenticity and cultural knowledge.

The next best thing to being able to physically immerse yourself into the Spanish language and culture in Spain is to immerse yourself at home by injecting all things Spanish in to your everyday life. There are so many ways you can do this, through watching movies, reading articles, social media and YouTube videos, which we talked about in more detail in our previous post.

Listening to music in your target language (Spanish) is a great way to immerse yourself and learn Spanish almost effortlessly! Think about how often you have the radio on, listen to your iPod or search for new music on YouTube. If you made even half of that listening time focus entirely on Spanish you would be immersing yourself. You can make your commute to work, your evening run, your morning shower and cooking dinner all the perfect times to listen to some music and learn Spanish effortlessly. 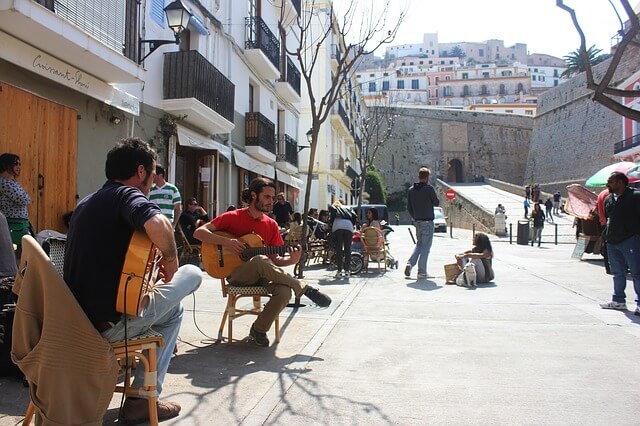 Every culture and country has a traditional music genre. In the case of Spain, the most famous is flamenco. It’s a symbol of Spanish culture and it originally appeared in Andalucía, a region located in the south of the country. If you think of flamenco, you might also think about the traditional clothes that flamenco dancers wear. Women usually wear long dresses with flounces and dots and they decorate their hair with a rose. Normally, flamenco dancers perform while the musicians play a song. Some of the typical instruments are the worldwide famous Spanish guitar, castanets and a percussion box literally known as “drawer”.

Of course, we can’t forget flamenco singers, who clap in order to set the rhythm of the music. Even though more musical genres appeared after this one, flamenco is still very popular in Spain and you will find a lot of people that love it! So, if you visit Spain, we highly recommend you to attend a flamenco performance! Not only will you be able to learn some dances and songs, but you can also try traditional Spanish food while enjoying a unique and authentic experience that will immerse you in Spain’s beautiful culture!

However, flamenco is not the only traditional music genre in Spain! There is a wide variety of dances such as jota, chotis or sardana. You will find that some of them are performed in specific regions, while others are well-known in all the country! They are usually performed during traditional celebrations, such as religious festivities and Easter. If you are visiting Spain and want to learn how to dance them, there are groups of dancers and you can join them to learn!

On the other hand, you will be surprised to know that you can find some similarities between traditional Spanish music and the music from countries around the world. In the north of Spain, Celtic music is popular and even some current famous groups play bagpipes and electric guitars together in a song.

Spain has a rich and diverse culture and music such as flamenco reallu adds to it. Music is a vital aspect of Spain’s tradition and culture, reflecting its diversity and providing Spain with its wonderful Mediterranean identity.

First, it’s important to establish what kind of Spanish music you like, because you aren’t going to learn much if you don’t like what you hear! We’ve put together a list of popular Spanish artists, where there will be something for everyone, so you can start by following these musicians on Spotify/YouTube!

Whether you prefer soft music, upbeat songs you can dance to or classic Spanish-sounding songs, there is something out there for you! Have a listen to our favorite artists below: 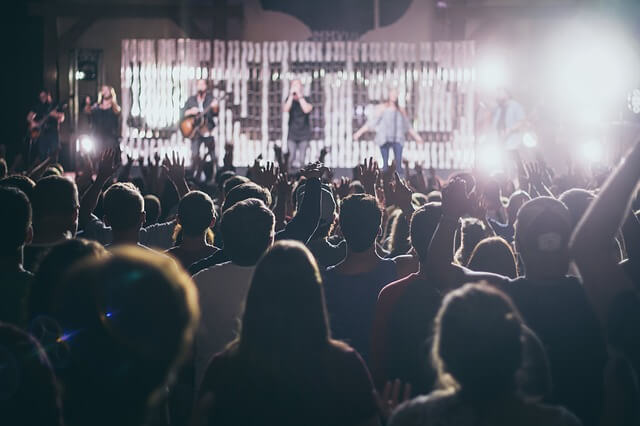 Listening to the radio can also be a great option for immersing yourself into Spanish. You’ll get to hear all of the newest song releases, as well as listen to interviews with artists, general chatter and news stories. Perfect for improving your listening and conversation skills. Our top Spanish radio recommendations are:

Benefits of listening to music in Spanish 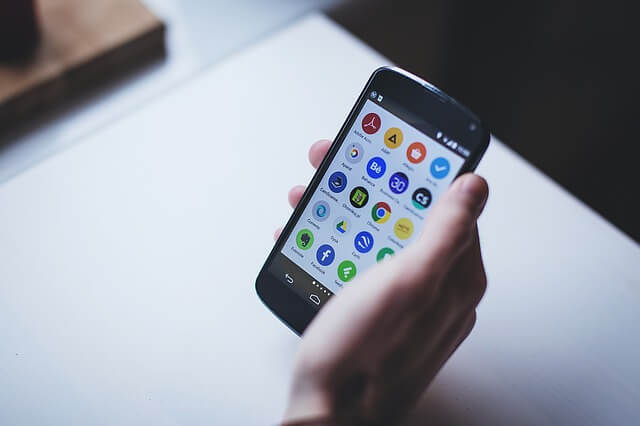 Other ways to immerse yourself

We went over lots of creative options to kick-start your language learning at home in one of our older posts, but for language immersion we recommend trying language exchange apps or websites and finding Spanish language meetups in your area, which are all equally great ways to help you learn Spanish!
Do you have a favorite Spanish artist, song or radio station? Don’t forget to let us know in the comments, or you can tweet us @FlashSticks.

One response to “Learning Spanish through music: our top tips!”